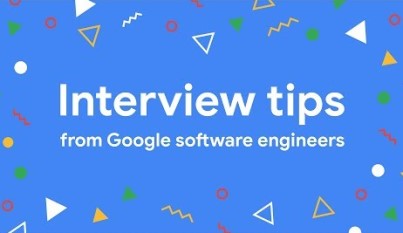 For an organization to be tagged with the ever-fancy word “successfully”, it must be installed with people who are passionate about their work and most importantly they should have interests that align with the vision of the organization. In this article, we will look into the different questions that are frequently noticed in Google Interview Questions. This will provide a framework or blueprint for those who are preparing to appear in such an interview.

This is important in the sense that the workers are the one who sits on the driving seat, the organization just act as GPS who guides their employees in which direction, they need the vehicle to steer so as to reach the particular goal. This sets up the importance of having the right employee in the organization and this becomes more important when the organization that we are talking about is among the giants in the tech industry i.e. Google.

Google being a product-based company emphasizes a lot on their mechanism for selection of staff, they often prefer taking up fresh graduates straight from colleges as interns and then monitor their work and if they fulfill their requirement criteria, they offer the position in the company. There are various stages that a desirable candidate needs to go through before he gets his place booked in Google, there are few coding rounds, GDs at times, aptitude exams maybe and then, a technical interview is scheduled. Let's go through some of the most common interview questions put up by Google

1. How to write a program to remove all duplicate characters in a string?

printf("\n The Final String after Removing All Duplicates = %s ", str);

Related Article: Google Adwords Interview Questions
suggest an answer 0 Answer
0 0
2. What do you understand by congestion control working in TCP protocol? The transmission control protocol (TCP) congestion control is highly significant to solve the issues related with network congestion during the sending or receiving of large number of packets. During the network congestion, it gets difficult for the network to handle maximum traffic which results in the degradation of QoS or quality of service. In order to neglect congestion of the network, TCP utilizes a congestion window along with the congestion policy. there is another instance where if the network fails to deliver the data with faster speed then it notifies the sender to slow down The packets.
suggest an answer 0 Answer
0 0
3. What are Harshad Numbers?

There are many such kinds of numbers with different peculiar properties and one should know at least the popular ones.

suggest an answer 0 Answer
0 0
4. What are the qualities of a good program?

Google Interview Questions and Answers have a keen love for Data Structure and its concepts. They intentionally put on efforts to frame questions for candidates which will check the understanding and application of the concepts related to Data Structure. Speed and compilation time are given utmost importance in such Google interview questions for Software Developers. The program designed by the candidate should be fast, efficient and effective. One more major concern is the space the program covers up in the RAM, the programs developed should be made in such a way that it takes up a small portion of RAM while run time.

suggest an answer 0 Answer
0 0
5. Can you explain the significance of deadbeef?

Deadbeef represents a hexadecimal value that is utilized for debugging back the mainframe as it indicates the deadlock or any potential software crash in the embedded systems. While marking aur detecting the specific memory present in pages of hexdump it is easy with the help of Deadbeef.

It has three most advantages sides

suggest an answer 0 Answer
0 0
6. In a list of array of integers, how will you determine the location for any specific integer, say like X?

Using the binary search option the location for any particular integer can be distinguished. The number can be compared in between array along with X and if the value is equal then the search is complete. If the number gets better then we have to search through the other half in the array. If the very much smaller. this process can be repeated until the search results get appropriate and half of the array is compared in between the center of the array along with x. This search can actively be narrowed by utilizing the factors and it is to be repeated until the value of x is found. The algorithm for the same consumes 0(log n) time.

suggest an answer 0 Answer
0 0
7. What do you understand by polymorphism can you present a code? Polymorphism depicts the ability where a method can have various behaviors entirely depending upon the object type where it is called or its type for which is passed as a parameter. for example, if a user has to define their own class "MyInteger" and a method "add" for the same following code has to be typed to bring it in functioning.

suggest an answer 0 Answer
0 0
8. How will you ensure that deadlock does not occur frequently?

There are plenty of ways to prevent deadlock but the most reliable method is where we assign a particular order to the locks and then the same locks will be acquired by a different order. For example, consider that if certain threads need to acquire the locks of 1, 7 and 2 it is essential for it to acquire lock 1, which is then followed by lock 2 and lastly by lock 7. Following through this way we can easily prevent the thread trying to acquire the lock 1 followed by the lock 2 and different theatre trying to acquire the lock 2 and then lock 1. All of these together can contribute to deadlock. Though this is not the most frequent practice but still it is considered by many users.

suggest an answer 0 Answer
0 0
9. How will you run the python code upon Google collaboratory?

A Jupyter notebook type interface is provided by Google in order to run python code upon the virtual machines. The collaboratory serves as a research tool to facilitate machine learning and It supports Python 2.7 and 3.6.

This can be done by following through the below-mentioned steps

suggest an answer 0 Answer
0 0
10. How will you determine if a singly linked list has its own cycle?

By keeping a close track of 2 pointers in the associated linked list and then starting them to the beginning of the same list. With every iteration of the algorithm if the two pointers remain the same other than the beginning then there is a cycle in the algorithm. In case any of the pointer reaches the end of the linked list prior to the pointers remain the same then there is no cycle present in the algorithm. For pointers it is required to do not move one or two nodes at any particular time and it is only required that pointers frequently move at different rates. This process can hardly take 0(n) time.

suggest an answer 0 Answer
0 0
11. What do you understand by hash tables?

fashionable is mostly used to associate key along with their values so that each of the keys is associated with at least 1 or 0 values. In this order, every key is able to compute the "hash" function which consumes all of its information and digests it under a single integer. Hash table also consists of an array of hash buckets and to add any key-value pair to this table it is essential to compute its hashcode and use it to choose hash bucket from where the mapping originate. also to look up for the value of a key one needs to compute the bucket where the key resides and check if the key is there. if the key is present one can easily return the value stored in the bucket. To eliminate make pink for any key what has to locate the keys mapping and then remove it from its corresponding bucket. It is important to know that the hash function is basically decided in advance.

Related Article: Google Analytics Interview Questions
suggest an answer 0 Answer
0 0
12. Can you describe any design for a text editor? Call to describe the classes or interfaces that are required?

Text editors are software programs that enable the user to develop and edit the text files also it refers to a source code that includes a number of features for writing or editing the code. Using the inheritance for subclassing in object-oriented programming makes good sense for reusability or extendibility. With the help of design patterns, for example, model view controller, listener, observer for singleton pattern can be a good option. the most prominent text editors which are frequently used by programmers today are Vim, Eclipse, visual studio, Vmacs and many more.