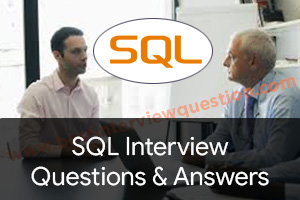 An Overview of SQL

SQL, or Structured Query Language, is a language that is used to interact or communicate with a database. This language assists in performing tasks like retrieval, insertion, updating, and deletion of data from databases. This information is commonly asked in SQL interview questions. An ANSI (American National Standards Institute) standard, SQL helps developers execute queries, insert records in tables, update records, create databases, create tables, or delete tables.

No doubt other programming languages such as ASP, PHP, and ColdFusion helped in making the Internet very dynamic, but SQL has revolutionized how users interact with websites in general. Any reputed webpage that allows the user to provide content uses SQL. This information is critical for Oracle SQL interview questions.

Dr. Edgar F. " Ted" Codd, known as the “ father of relational databases” first described a relational model for databases in 1970. In 1974, SQL appeared. If you are preparing for interviews, you can check SQL interview questions and answers queries for in-depth insight. Trusting Codd’s suggestions, IBM released System/R in 1978. Later in 1986, IBM announced the prototype of the relational database, which was ANSI standardized. This first relational database later became famous by the name of Oracle.

SQL:2016 is the updated version released in December 2016. Get more knowledge on this if you are preparing for SQL interview questions and answers for experienced professionals.

Q. 1.What is SQL and explain its components?

SQL is a standard language which is used to accessing and manipulating databases. It stands for Structured Query Language. It can be used to develop a web application for a server-side scripting language, like ASP, PHP, etc.

It consists of three components that are listed below:-

suggest an answer 0 Answer
2 0
Q. 2.Explain the types of joins in SQL?

In SQL, Joins is used to merge records from two or more tables in a database, based on a related column between them.

Here are the four types of the joins in SQL

A primary key is a column in a table that designated to uniquely identifies the rows in that table. Primary key holds a unique value for each row and cannot contain null values.

It is a rule used to limit the type of data that can insert into a table, to maintain the integrity and accuracy of the data inside the table.

It can be divided into two types.

These are the most common constraints that can be applied to a table.

suggest an answer 0 Answer
0 0
Q. 5.What is the difference between HAVING and a WHERE in SQL?

WHERE clause is used for filtering rows, and it applies to every row but HAVING term is used to filter groups.

In SQL, a trigger is a database object that is associated with a table. It will be activated when a defined action is executed for the table. It can be performed when you run one of the following SQL like INSERT, UPDATE and DELETE occurred in a table. It's activation time can be BEFORE or AFTER.

suggest an answer 0 Answer
0 0
Q. 8.Explain Normalization and what are the advantages of it?

It is a systematic approach of decomposing tables to remove data redundancy and undesirable characteristics like Insertion, Update and Deletion. Normalization is a multi-step process that put data into the tabular form and removing duplicated data from the tables.

suggest an answer 0 Answer
0 0
Q. 9.How to find 3rd highest salary of an employee from the employee table in SQL?

Our updated SQL interview questions queries for freshers are the best online resource to help you prepare for the upcoming interviews.

It is used to rename a table in a specific SQL statement. Renaming is a temporary change without change actual table name in the database. It can be applied to tables as well as fields.

The basic syntax of a table alias
SELECT field1, field2 FROM TABLE_NAME AS TABLE WHERE "WRITE_YOUT_CONDITION";

The basic syntax of a column alias
SELECT field1 AS column1 FROM TABLE_NAME WHERE "WRITE_YOUT_CONDITION";

suggest an answer 0 Answer
0 0
Q. 12.Explain Aggregate functions are available there in SQL?

The aggregate function performs a calculation on a set of values, and it returns a single value as output. It ignores NULL values when it performs calculation except for the COUNT function.

SQL provides many aggregate functions that are listed below.

suggest an answer 0 Answer
0 0
Q. 13.How to make a copy values from one column to another in SQL?

suggest an answer 0 Answer
0 0
Q. 14.What are the advantages of SQL? Explain

There are many advantages of SQL, and some of them are mentioned below:

It was initially developed in the early 1970s at IBM by Donald D. Chamberlin and Raymond F. Boyce.

It is a collection of data that is organized to be easily accessed, managed and updated. It is distributed into rows, columns, and tables. It's indexed to make it easier to find related information.

Table: It is a collection of related data that consists of rows and columns. It has a specified number of columns but can have any number of rows.

Field: It is a column in a table that is designed to maintain specific information about all records in the table.

It is a set of one or more than one fields or columns of a table that uniquely identify a record in the table. It is little like a primary key, but it can accept only one null value.

It is a collection of fields in one table that uniquely identifies a row of another table. In simple words, the foreign key is defined in a second table, but it refers to the primary key/unique key in the first table.

suggest an answer 0 Answer
0 0
Q. 20.Write a query to display the current date in SQL?

suggest an answer 0 Answer
0 0
Q. 21.Explain the difference between DROP and TRUNCATE commands in SQL?

It is the source of a rowset to be operated upon in a DML statement. These clauses are very common which is used with Select statement, Update statement and Delete statement.

SQL provides with the following clauses that are given below:

suggest an answer 0 Answer
0 0
Q. 24.How to use distinct and count in SQL query? Explain

count(): It returns the number of rows in a table satisfying the condition specified in the WHERE clause. It would return 0 if there were no matching conditions.

This information was frequently asked during SQL interview questions for testers.

suggest an answer 0 Answer
0 0
Q. 25.What has stored procedures in SQL and how we can use it?

It is a set of precompiled SQL statements that are used to perform a particular task. A procedure has a name, a parameter list, and SQL statement, etc. It will help in reduce network traffic and increase the performance.