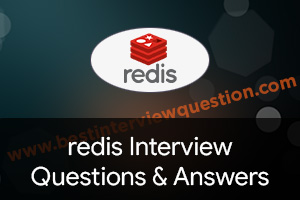 1. What is Redis and why it is used for?

Redis stands for REmote DIctionary Server. Redis is an open-source in-memory database which stores the data in the key-value pairs.

For example:- NAME = Ram, here NAME is the key and Ram is the value. In-memory database means that the data is stored in the memory, but the data can also be stored in the disk.

suggest an answer 0 Answer
0 1
4. How to install Redis Ubuntu?

Redis can be installed on the Ubuntu machines by using the command:-

If the user wants Redis to be installed as an object cache for Wordpress or any other PHP, then the following command can be used:-

If the user wants to configure the Redis as a cache, /etc/Redis/redis.conf file needs to be updated, and the text editor nano can be used for this purpose.

Any text editor can be used.

suggest an answer 0 Answer
0 0
5. How to install Redis windows?

Here is one of the way of installing the Redis on Windows:-

2. Download the source code of the latest version of Redis.

3. Extract the file that has been downloaded.

6. After compilation, copy the Redis binaries under /usr/local/bin/ and then install the Redis server by the following instructions:-

Point to be noted:- Go through this Q&A very thoroughly as this is one of the vital Redis interview questions.

Following are the Redis data types:-

2. Hashes:- They represent the objects.

3. Lists:-they are the set of lines that are sorted according to the insertion order Syntax:-

4. Sets:- It is a collection of the string arranged randomly

5. Sorted Sets:-similar like the sets but here with each member, there is a score which may get repeated while the members will be unique

The following two commands can be used to empty the database.