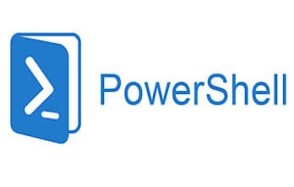 PowerShell is automation as well as configuration management framework which is used for the development of the interactive object-oriented command-line shell. It is an interactive editor which is based on the .NET framework. The working of PowerShell is based on Cmdlets, Scripts, and classes. It is a scripting language which is commonly designed for administrative tasks. We have provided a set of PowerShell Interview Questions that will help to clear the PowerShell interview.

Here in this article, we will be listing frequently asked PowerShell Interview Questions and Answers with the belief that they will be helpful for you to gain higher marks. Also, to let you know that this article has been written under the guidance of industry professionals and covered all the current competencies.

1. What is PowerShell and why it is used for?

suggest an answer 0 Answer
7 0
2. What's the significance of brackets in PowerShell?

Due to the object-oriented language, bracket plays an important role in PowerShell. The PowerShell employs four types of brackets namely parenthesis, braces, square and angular brackets. All these brackets come under control structure therefore in order to control the flow of the code brackets are required.

suggest an answer 0 Answer
4 1
3. How to stop and start services in PowerShell?

In order to enable and disable services in PowerShell, it is important to edit the ServieName for example-

suggest an answer 0 Answer
2 1
4. What is a hash table in PowerShell?

Hash table is a data structure which used the mechanism of value/key pair. The professionals who create PowerShell scripts use variables to store data. For the storage of data in a highly secure environment hash table is used.

suggest an answer 0 Answer
1 0
5. What are the execution policies in PowerShell?

There is a total of four execution policies in PowerShell namely-

suggest an answer 0 Answer
3 0
6. How do I enable execution policy in PowerShell?

suggest an answer 0 Answer
1 0
7. What is CIM and how it is different from WMI in PowerShell? In PowerShell, CMI stands for Common Information Model which is used for describing the structure of the behavior of the resources (Storage, software components, network, etc). While WMI is an abbreviated form of Windows Management Instrumentation which is used for the management of devices and network with the help of Windows computing systems.
suggest an answer 0 Answer
2 0
8. How do you declare a variable in PowerShell?

suggest an answer 0 Answer
1 0
9. What is foreach loop in PowerShell?

For-each loop is a conditional statement which can be used in order to control the flow of the program.

$PSScriptRoot is an Automatic Variable, which are built-in variables that comprise records about the PowerShell surroundings itself. $PSScriptRoot includes the listing direction of the script being done currently.

Originally $PSScriptRoot used to be solely relevant to script modules, however commencing with PowerShell 3.0, it works for all PowerShell script files. From the console, if I kind $PSScriptRoot and press ENTER, it returns nothing.

Please enter your details to download PowerShell Interview Questions PDF
Click here to subscribe our email newsletter to receive updates on the interview questions and blogs.
Hey, care to share your feedback?
Visit our blog