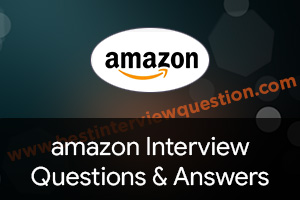 1. Explain the work performance of an Elastic Block Storage.

Elastic Block Storage’s performance varies. It can go above the SLA and after that drop below it. The average disk I/O rate of SLA can frustrate performance experts searching for consistent and reliable disk throughout a server. But, the virtual instances of AWS don’t behave this way.

The EBS volume can be backed up through a graphical user interface such as elasticfox or the snapshot facility of an API call. The performance here can be improved using Linux software raid and striping across the volumes.

suggest an answer 0 Answer
0 0
2. Explain the importance of buffer in AWS?

As the incoming traffic is distributed optimally across the various AWS instances by an Elastic Load Balancer, a buffer will synchronize the various components and arranges additional elastic to a burst of traffic or load. All the elements are prone to work in an unstable way of request receiving and processing.

The buffer here creates the equilibrium linking various apparatus and eventually crafts them effort at the identical rate to provide more rapid services.

suggest an answer 0 Answer
0 0
3. What is the process to secure data for carrying in the cloud?

Here are a few crucial facts to consider to secure data while carrying in the cloud.

suggest an answer 0 Answer
0 0
4. What are the layers of cloud computing?

suggest an answer 0 Answer
0 0
6. EC2 classic instance to be a member of a Virtual Private Could, is it possible?

suggest an answer 0 Answer
0 0
7. Is it possible for an elastic network interface to host multiple websites which are required to separate IP addresses on a single instance?

suggest an answer 0 Answer
0 0
8. Is the VPC peering the traffic present with the region encrypted?

No, the virtual private cloud peering the traffic within the region is not encrypted, though the traffic between the instances present in peered VPCs does remain private and isolate. The same process goes to the fact that the transportation between in a single VOC between two instances are also individual and isolated.

Have you read our rest of the Amazon interview questions and answers?

suggest an answer 0 Answer
0 0
9. Is there any limitation of bandwidth in case of peering connections?

suggest an answer 0 Answer
0 0
10. Is it possible to modify the VPC’s route tables? If yes, then how?

Yes, it’s possible to modify the VPC’s route table. Users are allowed to create route rules to specify which subnets are to be routed to VPC or any other instances.

suggest an answer 0 Answer
0 0
11. Explain the workability of an Amazon VPC router.

Simple Storage Services or S3 is like ftp storage, where users can move files to and from there, but don’t mount it like a filesystem. SWS automatically puts the user snapshots as well as AMIs there. Encryption should be considered for sensitive data present in S3 as it’s a proprietary technology developed by Amazon and not yet proven with vis-a-vis a security standpoint.

AMI or Amazon Machine Image is a snapshot of the root filesystem. The bios present in the commodity hardware servers point the master boot record of the first block on a disk. To build a new AMI, first, spin up and instance from a trusted AMI. The packages and components can be added further.

This is a typical Amazon coding questions.

It’s a fast a fully managed data warehouse by Amazon that makes it cost useful and straightforward to analyze all data using SQL and Business Intelligence tools of users. Complex analytic queries can be run by it using advanced query optimization and columnar storage on high-performance local disks.

suggest an answer 0 Answer
0 0
15. What is the architecture of Amazon Redshift?

The data repository of Amazon Redshift is a business-class administration system and relational database query. It offers a connection of clients with a high number of advanced applications such as business intelligence, reporting, and analytic tools.

suggest an answer 0 Answer
0 0
16. How does Amazon Redshift keep your data secure?

Amazon Redshift uses industry-standard encryption techniques to encrypt and keep your data secure in transit and at rest. It also supports SSL-enabled connections between the user’s client application and user’s Redshift data warehouse cluster. Using the hardware-accelerated AES-256, it keeps the data safe sat to rest.

suggest an answer 0 Answer
0 0
17. How to execute a SQL file on Amazon Redshift?

Users can do this by using a Python script running on an EC2 to set up a JDBC connection to Redshift. After this, the user requires to execute the queries in the.SQL file.

Get more knowledge of this topic if you are preparing for Amazon interview questions .